To recover your password please fill in your email address

Please fill in below form to create an account with us

Trialling new ways to improve the health of people with diabetes.

Trialling new ways to improve the health of people with diabetes.

Type 1 and Type 2 diabetes are major causes of morbidity and premature death globally, particularly for the estimated 79% of people with diabetes who live in disadvantaged regions.

CTC’s Diabetes team aims to improve the prediction of diabetes onset and its complications, to explore underlying mechanisms of tissue damage and treatment benefit, and to test drugs, devices and models of care that can improve health outcomes for people with diabetes.

“Our research aims to provide practical solutions for common problems relevant to people with Type 1 diabetes and people with or at risk of Type 2 diabetes,” says Professor Alicia Jenkins, Director of CTC’s Diabetes Research Program. 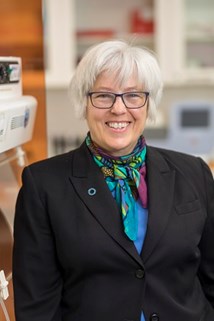 This Australian National Diabetes Week we look at three clinical trials led by CTC to improve the lives of people with type 1, type 2, and gestational diabetes.

People with diabetes are 25-times more likely to lose vision than those without diabetes. The tight glucose control that can prevent the development of diabetic eye disease (retinopathy) is often difficult to achieve, and even if it is, this serious issue can still develop.

FAME-1 Eye is the first Type 1 diabetes-specific trial that aims to determine whether at least 3-years of a once-daily fenofibrate tablet can also protect against eye damage in adults with existent early retinopathy, as it does in people with Type 2 diabetes. Results, if positive can be immediately used in clinical practice.

This trial is currently recruiting in 21 sites across Australia, New Zealand,

and Hong Kong, and has recruited over 205 of the required 450 participants.

People with type 1 diabetes require insulin injections for life. Studies, including those conducted by the CTC, suggest pumps reduce health complications through smoother glucose control and lower insulin doses. The Hybrid Closed Loop Pump attempts to improve blood glucose control by controlling about half of the daily required insulin by using glucose data measured every five minutes by a glucose monitor under the patient’s skin. The person with diabetes still needs to have input as to how much insulin to deliver for a meal.

A trial in adults with Type 1 diabetes showed that 6-months use of a ‘hybrid closed loop’ insulin pump system improves glucose control and quality of life compared to standard care of multiple daily insulin injections or less advanced insulin pumps. These results were published in the leading diabetes journal Diabetes Care and the very positive results of the trial in youth and the combined results of both trials will appear soon. Equitable access to this technology is desirable.

In addition, researchers at the CTC and colleagues in the UK have shown that an artificial intelligence system can accurately diagnose diabetic retinopathy in Indigenous Australians, as has been shown for other ethnicities.  The advantage of this system is that it is being developed to be used on desk-top computers in the clinic, not ‘in the cloud’ as used by most other software. This overcomes potential barriers of poor internet connectivity and would upskill and empower local clinicians.